No Loose Edges (part 2): Getting a Grip

As to full consumption attitudes – architecturally speaking, the 80s and 90s were all about “grand” compositions which allowed for absolute freedom of escaping from the whole under the masks of intellectual terminology: de-constructivism, theme-park architecture, and what-not. The buildings projected an abundance: abundance of cable channels, abundance of flight destinations, abundance of stocks. This architecture lies in the physical spectrum between James Sterling’s Staatsgallerie in Stuttgart and Gehry’s Blibao.

And just when one just couldn’t break it up any further – a book was published, graphically releasing a developing urge: “Get a grip!!”.  In 1995, Rem Koolhaas (OMA) compiled the seemingly endless amount of data from within his office and from the world in general into 1400 pages, which were bound together in a single silent and sparkling hard-cover, headed by 5 capital letters defining a sense of order. Although S,M,L,XL’s envelope is “merely” for literary purposes, one may easily take it as a direct predecessor to the MacBook, and an indirect one to the “Skinny”. 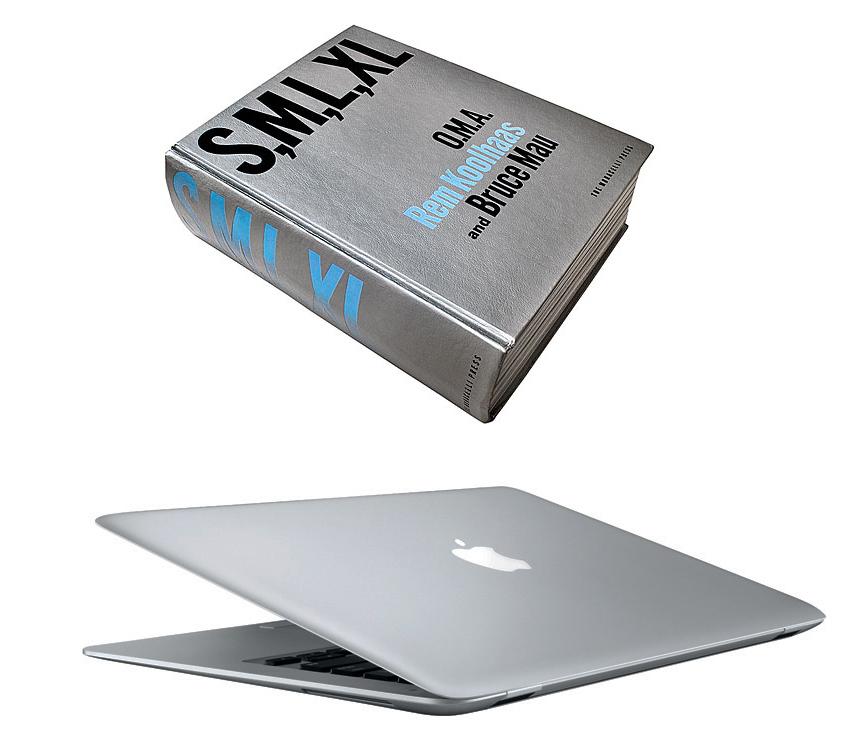 From the 21st century’s opening shot, the architectural field has been aspiring for such simplicity and abstraction, from Saana’s New Museum, to Herzog & de Meuron’s Signal Box, these buildings underlying theme is the external envelope’s “Oneness”: their homogenous cladding – often gradiently transforming, unifying and solidifying a volume or set of volumes into a singular entity. Packaged in a certain quietness, they share a sense of external mysteriousness – less the Eiffel, more the Pyramids. It is the architects’ restraint from “overdoing it” which creates this suspense, the heldback approach allows the subtle simplicity. 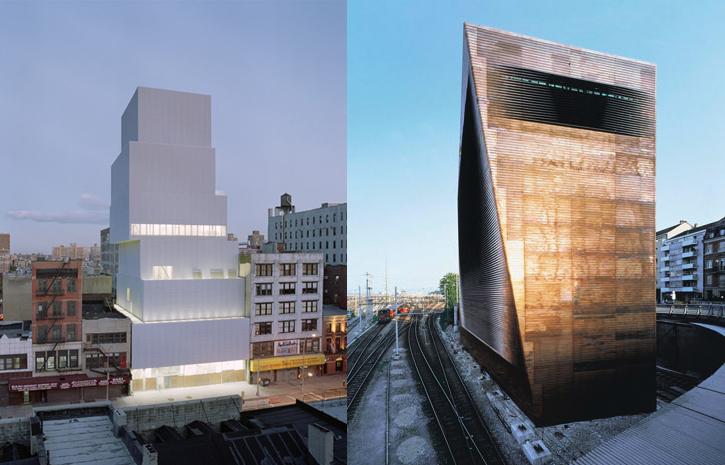