No Loose Edges (part 3): The Rejection of Scale

The Rejection of Scale

Amongst the endless set of recent examples architectural “wholeness” is the Casa De Musica in Porto. Yet another OMA production, the Casa stands apart by two unique underlying messages which it expresses. 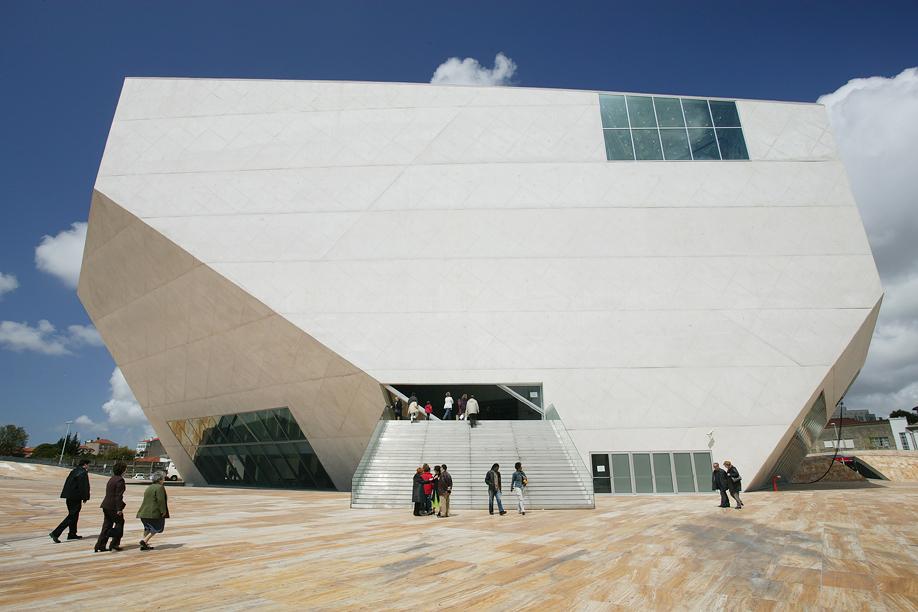 The Casa was initially designed as a house for a family, the Y2K House in Rotterdam, a project which was never realized. Its geometry was developed through tens of blue styrofoam models until a final geometry was agreed upon. Once again it bears a geometry expressing the “Oneness” of the object, restrained and unique. With the commission from the city of Porto, Koolhaas decided to “reuse” the same exact geometry, upscaling it from “Small” to “Big”. With th

at simple measure in effect rejecting the scale of a building. It is as if saying: the formulation of the design is not about square meters, but rather about a certain wholeness which may suffice a variety of programs.

In this monolithic emphasis also lies a certain risk. As the exact geometry was transferred from private house to public building, in such fashion one could imagine an entire futuristic city within that same precise geometric envelope, a switch from scale “Large” to “Enormous”. The fear is then to create massivity on the scale of the Kremlin and the Communistic Blocks, near which man is but a spec of dust.

Herzog & de Meuron have lately completed the new Basel Convention Center which in birds-eye seems as if a substantial part of the city had just been erased. Similar to the above mentioned, the building is also clad in a singularity, using an undulating aluminum detail which is similar to that used by the New Museum – on a different scale. The building works on a new scale of whole vs. human creating a jaw-dropping awesomeness for the passerby at street level. In a socio-economical view, this and other such contemporary buildings echo the merger oriented capitalist “minotaurs”: Time-Warner, Universal, JPMorgan – which simplify our infinite oriented surrounding into singular addresses while creating control mechanisms which determine our lives and behaviors.  User-friendly but with the price of loss of control.